Armond White
(”1001 Arabian Nights” is briefly mentioned in this.)

May his daring at least get Disney’s closed minds to rerelease Song of the South.
2019-05-24 (Review Source) The documentary, available now via iTunes, select theaters and Netflix, is a revealing look at our

The post ’11/8/16′ Reveals Ugly Side of Hillary Clinton Voters appeared first on Hollywood in Toto. 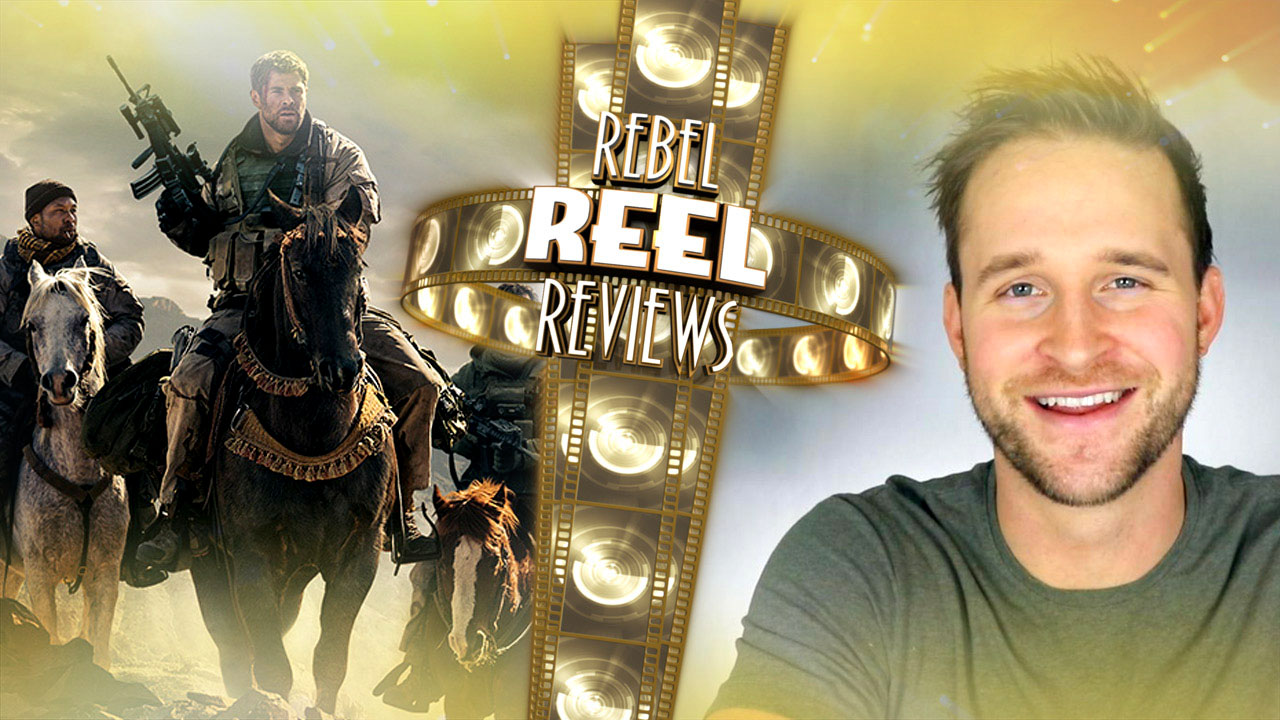 You may want to Google the story behind “12 Strong” before lining up to see it.

I was attending a Christmas party over the holidays and, in the course of conversation, made the following statement:

Filmmaker Charles Burnett was awarded a career-achievement Oscar by the Academy of Motion Picture Arts and Sciences this past weekend. Who’s Burnett? That fair question is part of the Oscars’ ongoing problem, but it’s also part of film culture’s ongoing political crisis. Burnett is an honorable filmmaker whose movies fill the gap left by the racial exclusion of Hollywood studios that refuse to depict black American lives to any regular, authentic, or imaginative degree. But honoring him does not redeem the Academy’s current lack of popularity or relevance. Few people have seen Burnett’s best-known films: Killer of Sheep (1976), which was inducted
Read More ...
2017-11-15 (Review Source)

Christian Toto
(”12 Years a Slave” is briefly mentioned in this.)

“Widows” offers a few sit-up-straight moments long before the film’s plot kicks in.

You look at the cast (Viola Davis! Robert Duvall! Daniel Kaluuya!) and you wonder how they got Debbie Schlussel
Enough Said“: I had mixed feelings about this movie. On the one hand, it’s mostly light and very funny. But then it gets slightly melodramatic and sad for my taste. Also, I could have done without the main character, Eva (Julia Louis-Dreyfus), who plays a mother of a teen daughter, advising her daughter’s teen friend that she should have sex with some random guy. Um, nice parenting. I did like that the movie made fun of left-wing female poets and how intolerant and base they actually are. And I liked the movie’s slight commentary on the deviant, all-too-casual sexual behavior of teens today. Eva is a masseuse and divorced single mother. She is about to lose her teen daughter to college and her daughter’s classmate and friend is a little too close to Eva. Eva and some friends go to a party hosted by someone in the publishing industry. While there, she meets Marianne (Catherine Keener), a poet, who hires Eva to massage her. Eva also meets Albert (James Gandolfini in his last role), who asks Eva out on a date. Soon, Eva becomes good friends with Marianne, who constantly, snobbishly attacks her ex-husband. Eva also becomes romantically involved with Albert, who talks about how his ex-wife treated him terribly. Eventually, Eva puts two and two together and realizes that Marianne and Albert are divorced from each other. But Eva doesn’t want to tell either of them that she knows the other because she thinks it’s too awkward and too late. But Eva and Albert’s relationship is poisoned by Marianne’s attacks on her ex. The movie presents several ethical dilemmas, and it’s definitely entertaining. But, as I noted above, I could have done without the slight, brief, melodrama, as well as the horribly irresponsible parental “advice” from Eva to her daughter’s friend. This would have been a TWO REAGAN movie but because of that, I give it . . . ONE-AND-A-HALF REAGANS ]]>
2013-10-25 (Review Source)

Armond White
“I love a man in a uniform,” sang the post-punk British band Gang of Four. That highly danceable tune about political and romantic indoctrination could as well be the theme song of the new Michael Bay movie 13 Hours: The Secret Soldiers of Benghazi. It’s the secret in the subtitle that intrigues. 13 Hours pays homage to the team of elite contractors—former Navy SEALS—who defended the U.S. Embassy and a nearby CIA annex on September 11, 2012. Four Americans died in that tragedy, including Ambassador Chris Stevens, but the film doesn’t specifically detail that (or the political controversy surrounding the circumstances of the terrorist siege). It’s really your basic action movie, turning political tragedy into escapism and using speed, energy, strength, force, and courage as romanticized definitions of masculinity. In other words, the actors portraying Tyrone “Rone” Woods (James Badge Dale), Kris “Tonto” Paranto (Pablo Schreiber), Dave “Boon” Benton (David Denman), John “Tig” Tiegen (Dominic Fumusa), Mark “Oz” Geist (Max Martini) and Jack Silva (John Krasinski) are hot. But 13 Hours isn’t just a testosterone strut down a cat walk. It enshrines a specific type of hypermasculinity as a principle of camaraderie and that makes it gay. “There’s something to be said for the life of men among men,” Marlon Brando memorably said with a southern twang as gay Army Major Pendleton in Reflections in a Golden Eye. Who ever tweeted the scurrilous lie that the lumbersexual beard was on its way out will have to delete that tweet after seeing 13 Hours. The elite soldiers’ facial hair is part of their government-issue sexiness. It’s a visible passcode that denotes their training, camaraderie and fidelity; the common bond, like the patriotic bond, that each of them will fight for and commit to sacrifice. A clean-cut, pants-creased soldier (squaddie, private or gunner) is also a man to respect but 13 Hours’ bearded tribe denotes a measure of experience. In contrast to the Harvard-grad CIA wonks they’re assigned to protect, these grunts are lions. The look of scruff has a sensual quality, alternately rough or soft. Matched to their forceful, disciplined movements and purposed virility this new militarized look provides a sense of character—personality through iconography. They’re all tough looking (even Krasinski, hulkish after from his role on The Office, has man-upped). Still, they're all boys together. The best part of their camaraderie is the jokes they exchange, the confidences they share, the harmony of tenor and bass. Aside from Michael Bay’s amazing, pyrotechnic battle scenes, the best moment in the film comes as Silva watches the short Libyan aide Amal (Peyman Moaadi) put on a helmet, carry a gun, and timidly join the fight. Silva’s look of concern proves irresistible masculine sensitivity. Long-faced, square-jawed Schreiber as Tonto has jock magnetism—the kind that distracts. His relationship to Amal is expressed in a line that is humorous yet heartfelt: “I’m gonna have to break-up with him.” The round of laughter that follows is not from macho bullies but a compassionate, cross-cultural, sexually-open brotherhood. 13 Hours could almost be recruiting poster propaganda. Hollywood’s post-Vietnam attitude toward the military is usually skeptical yet the social option it offers has been real and admirable, especially since the armed forces opened-up after DADT. The repeal of DADT in 2011 also gave access to the role of the soldier for actors to portray with fresh sensitivity. During downtime, the fighters in 13 Hours watch Robert Downey, Jr. in Tropic Thunder deliver the comic routine “I know who I am. I’m just a guy playing a dude disguised as another dude”—and they all repeat the line. It’s double-edged: embracing the institution as a personal right and also embracing military drag without losing a sense of self. In 13 Hours, these living breathing G.I. Joes are more than just politically correct, they’re also anatomically correct dolls. 13 Hours is out in theaters today. Watch the trailer below: ]]>
2016-01-15 (Review Source) John Nolte
(”13 Hours: The Secret Soldiers of Benghazi” is briefly mentioned in this.)
If Tarantino's greatest movie was made up only of scenes showing Brad Pitt driving around Los Angeles, it still would have made this list.
2020-01-01 (Review Source)

John Nolte
The first trailer for Michael Bay's movie 13 Hours, based on a first-person account of the attack on the U.S. mission in Benghazi, was released Tuesday. Many sites—including Breitbart News—posted the trailer, but Vox went well beyond that, offering a 1,500-word review of the two-minute clip.
2015-07-30 (Review Source)

‘“In the future, everyone will be world-famous for 15 minutes.” — Andy Warhol

That famous Andy Warhol quote is the basis for the criminally underrated “15 Minutes.” The 2001 film

The post How ’15 Minutes’ Predicted Our Crazy Social Media Age appeared first on Hollywood in Toto. 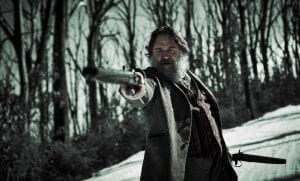 We live in strange times. Hollywood is shut down, and the industry’s bizarre virtue signaling has been brought to bear upon shelter in place orders. The media industrial complex has been shown, again, to not be a beacon of resistance to tyranny but a mainstream lap dog possessing no more credibility than any other modern …

The post ‘True History of the Kelly Gang’ Breaks a Critical Biopic Rule appeared first on Hollywood in Toto.

There’s too much blood, sweat and cinematic tears spilled in “1917” to be crushed by a gimmick.

It still comes too close for comfort.

The post ‘1917’ – A Bracing War Drama Marred by Contrivance appeared first on Hollywood in Toto.