Even in 1993 Hollywood was pushing diversity and immigration in America. I watched this movie once when I was a kid and laughed at the silly antics and childish slapstick humor. What I didn't realize was how the antagonist of the movie is an evil conservative bureaucrat set out to deport all illegal immigrants. Throughout the entire movie, the director Steve Barron negatively depicts the antagonist trying his hardest to enforce the law. In one scene we see him yelling at a boat of migrants, telling them they cannot come into the U.S. (ironically he says something which most Americans would agree with today, "We appreciate your situation, but we have problems of our own"). In another, he is pitching a violent idea of how to keep once deported Mexicans from reentering the country. It is unfortunate to rewatch these movies and discover we were being brainwashed for so long. 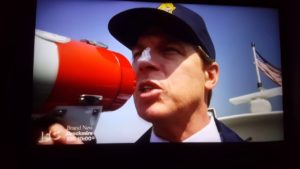 However, what I think the director and producer were not aware of is the hidden message within. In the end, we see the Coneheads go back to their native planet, which is inhabited by a grotesque, violent, and very odd culture. In the very same move in which Hollywood is trying desperately to show how wonderful all people from all cultures are, they simultaneously show that the illegal immigrant Coneheads come from a dystopian and barbaric land. Even the immigration officer is taken to the planet and immediately stripped down, chained up, and humiliated. Shortly thereafter, the entire Conehead nation returns to Earth to conquer it. The moral of the story? We really do need immigration officers to prevent an entirely foreign culture from infiltrating and dominating and ours. 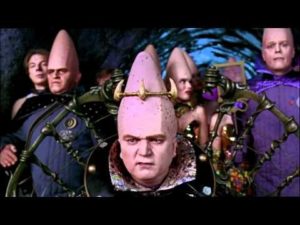 With all of that said, it is still a silly and fun movie to watch with the family. The father cares deeply for his wife, is a provider for the household, and is protective of his daughter. He even practices his own prejudice and does not want his child dating a foreigner (for good reason, Chris Farley's character is an obese loser). Just be sure your children are old enough to know that the bad guy in the film might not be such a bad  guy in the real world.