Michael and Taylor
(”A Hidden Life” is briefly mentioned in this.)

Michael and Taylor
(”A Hidden Life” is briefly mentioned in this.) 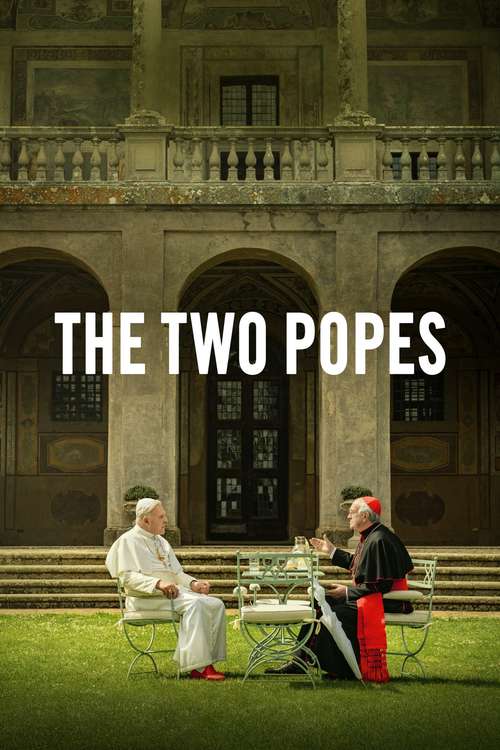 Terrific performances by Jonathan Pryce and Anthony Hopkins are the sole saving grace of The Two Popes, a fairly tedious, over-edited, and poorly shot dramatization of conversations between Pope Benedict and then Cardinal Bergoglio (now Pope Francis) in 2012, shortly after the papacy had become embroiled in scandal and unbeknownst to the world, Benedict was seeking a successor.

“I don’t agree with anything you say!” blurts Benedict, capping off one of his first discussions with Bergoglio, during which Anthony McMarten’s screenplay inelegantly delineates their opposing beliefs on matters such as abortion, communion, and celibacy. As is the true of the dialogue elsewhere, the contrast between Benedict’s conservatism and Bergoglio’s progressivism is too plainly spelled out to be engrossing. Flashbacks to the events in Bergoglio’s native Argentina that burdened him with long-lasting guilt and that he and Benedict go on to discuss aren’t any more compelling.

Steadicam and handheld, wide shots and close ups, canted angles and bird’s eye views - director Fernando Meirelles rapidly and erratically varies his technique, and the jumbled syntax badly disagrees with Benedict and Bergoglio’s thoughtful back and forth in palatial gardens and Vatican halls. The cinematography is egregiously flat; it deepened my appreciation of Jorg Widmer’s work in A Hidden Life, whose camera seemed to worship the ornate detail of the churches it floated through.

The tone of the film is casual and often incompatible with the weight of the material, such as when Pope Francis speaks about the migrant crisis and a clip of a migrant boat walloped by an giant ocean wave clashes with the enthusiastic vibe of the soundtrack. Details such as Pope Benedict liking ABBA, wearing a FitBit, and regularly watching some TV show about a German Shepherd are included as light comedy, but the humor isn’t all that inspired, and rather annoyingly seems to be saying, “Look, popes are people just like you and me!”

But to return to that one positive, Hopkins and Pryce both effectively convey their character’s convictions and doubts. I just wish they were in a better movie. 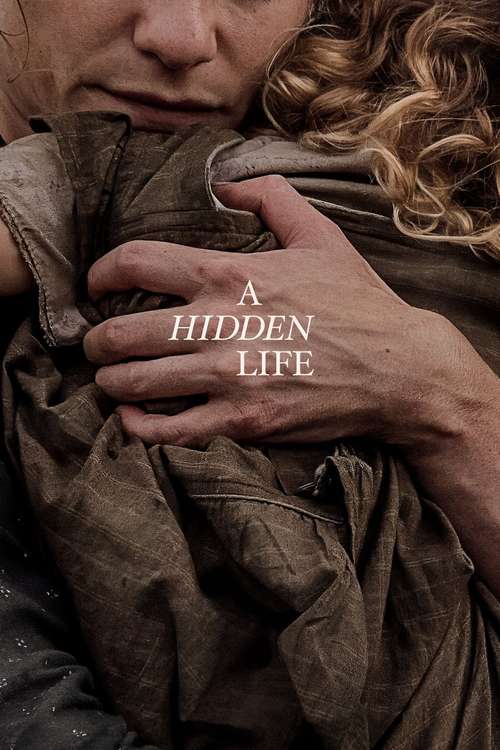 Stewardship, relationship, and the responsibility those subjects bely are the life blood of humanity. Stunning performances from every position of the crew and cast, the choreography the cinematographer displays is enrapturing.

Not a perfect film, but an emotionally transcendent one that will linger into my coming years.

A soul-stirring inquiry into the good of
objecting to hatred when no one can hear your rebellion. Part of me might be ready for Malick to reinvent his approach, but another will always be somewhat helplessly swept up in this style that he and Lubezki together defined, especially when the setting of the movie is as heavenly as this one’s is. I could all too easily harp just on the sheer beauty of it, the natural light and sounds, but the performances by August Diehl and Valerie Pachner are just as crucial. Without ever being showy, Diehl conveys the hardening of Franz’s moral instincts, and he and Pachner together make it not just a philosophically rich movie, but also a romantic one. 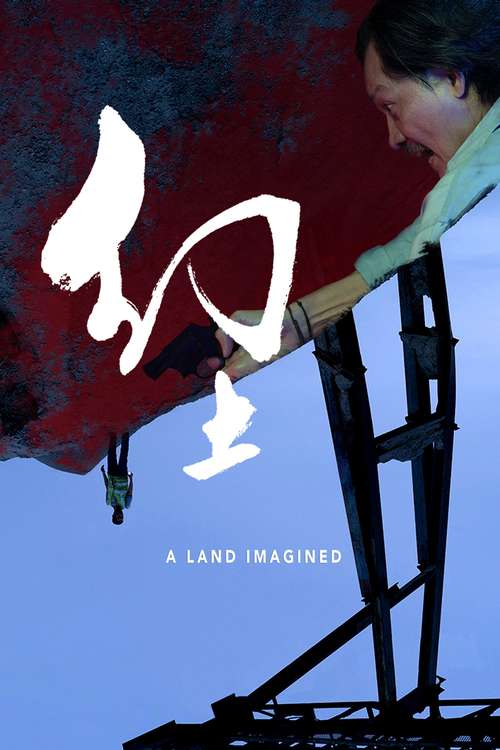 Winner of the top prize at Locarno in 2018, Singaporean filmmaker Yeo Siew Hua’s third feature is a dreamy, fluidly shaped neo-noir about a detective investigating the whereabouts of a missing Chinese migrant worker. It being far from a straight forward mystery, we shift between the perspective of the cop and the laborer, seem to move in and out of each of their dreams, and our sense of the timeline is slippery.

Its effect is slightly uneven. There are mesmerizing sequences, such as when we’re taken inside the first-person-shooter computer game that the laborer plays each night at a neon-lit Internet cafe, and he speaks somnambulantly in voiceover as we drift around a digital desert compound. The mood is also often quite compelling, such as when the laborer and a woman from the cafe go swimming together late at night. The camera remains fixed on a beach as they swim out into dark water, the ominous glow of industrial sites off in the distance, and the suddenly piercing score lends the shot a pronounced sense of foreboding.

Other moments don’t work so well, like those where the cop and laborer get swept up in reveries as they dance, which are a bit hokey. The genre elements also don’t always mix easily with the film’s inclination towards abstraction (Bi Gan pulls this off more powerfully in Long Day’s Journey Into Night). The weaknesses are worth what the movie is in total though: an enigmatic exploration of migrant loneliness, labor exploitation, and stifled protest. 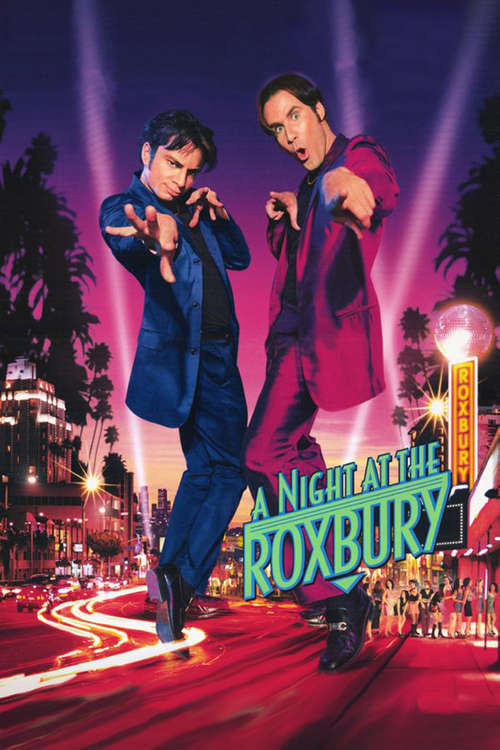 ( Submit a review? )
A Rainy Day in New York 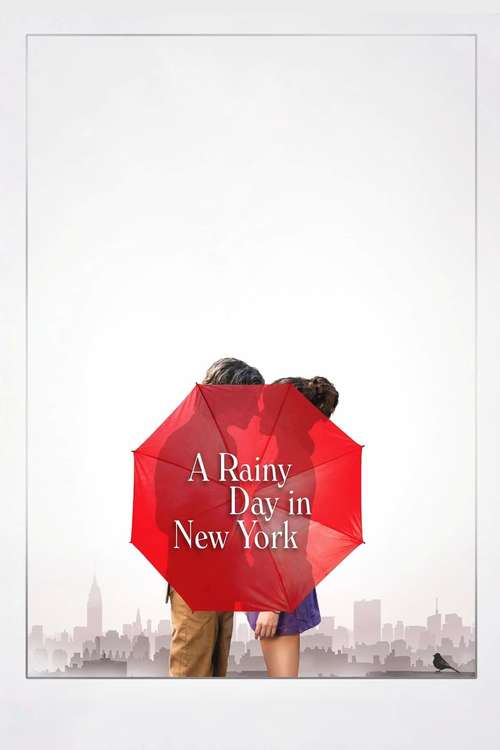 Although the beginning dialogue scene felt broken and like both actor's were just reading there lines, as soon as we get past it the underlying talent kicks in. A Rainy Day in New York exemplifies that signature heady banter that Allen dialogue is known for.

I found Chalamet's moments with Gomez and his mother played by Cherry Jones to be some of his absolute best on screen. Elle Fanning turned in what I found to be her best performance since The Neon Demon. There's a fantastic and eclectic assortment of supporting actors from Rebecca Hall, Suki Waterhouse, Jude Law, Liev Schreiber, and the two I previously mentioned. It's a shame this didn't get wider distribution.

That Cherry Jones and Timothee Chalamet scene might be one of my favorites from the whole year.

Michael and Taylor
(”A Rainy Day in New York” is briefly mentioned in this.) 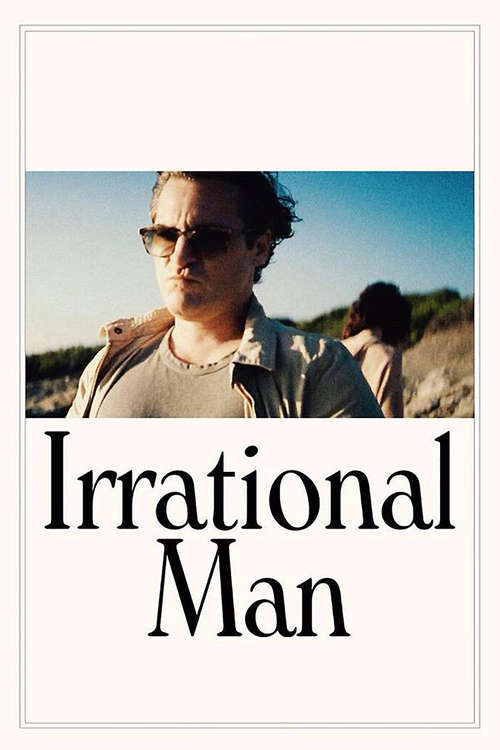 Best of the decade revisit, doesn't make the cut but I sure do like it. Was inspired to this rewatch by my time with A Rainy Day in New York. Lovely film. Great supporting players, Parker Posey was fantastic.

Michael and Taylor
(”A Rainy Day in New York” is briefly mentioned in this.) 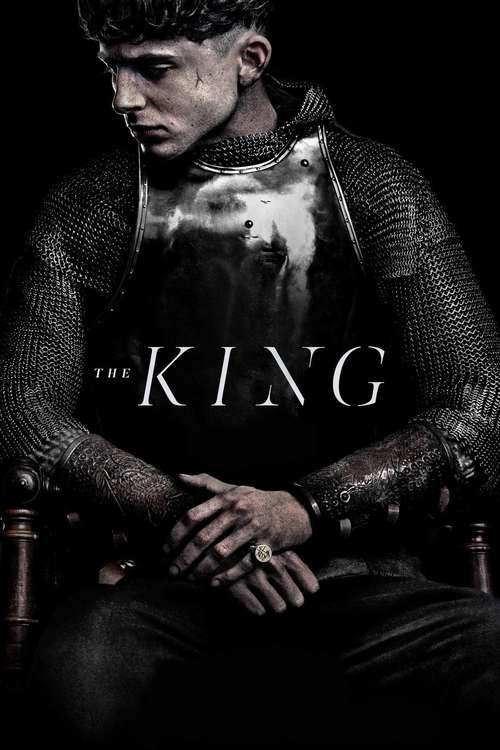 Ooof behind on logging.

Joel and Rob were great, really liked Michôd's visual style and grounded sensibilities to tell this story. The Chalamet hype cart is before the horse. While decent, he hasn't been as good as he was in his dual break out roles for lead and supporting acting in Call Me By Your Name and Lady Bird back in 2017 (also Hostiles but that's not quite as noteworthy to audiences). I want to believe Denis will get the most out of him and help him hit another tier as an actor. He's got a lot of tools, I'd like to see his Dune role be a showcase for how to compliment him as an actor. Which seems to be by making the world defined and have its own character quality first and allow him to define a character in it. Whereas here and Beautiful Boy relied on him to carry the entirety of each film and it's stakes. I'm sure he'll be an absolute delight in The French Dispatch. Hopefully there's a roll out of A Rainy Day in New York sooner than later as that could prove to be an interesting step in his career. 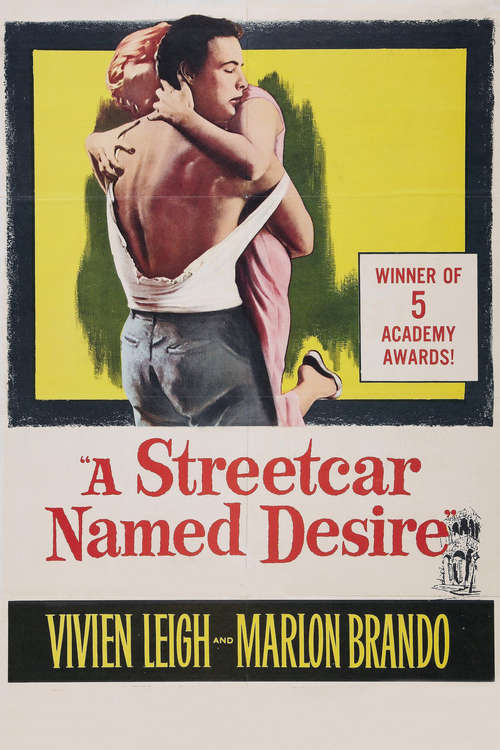 Catching up on logging again.

Michael and Taylor
(”A Streetcar Named Desire” is briefly mentioned in this.)