In a story for this column two years ago headlined "The stories of three amigos," I talked to three directors about their strangely collaborative friendship in the competitive world of filmmaking. Published May 15, 2009

A personal story, idiosyncratically told, "(500) Days" itself has a writing-as-therapy feel. "This is a story of boy meets girl," a narrator tells us at the opening. "But you should know upfront it's not a love story." Published July 17, 2009 Debbie Schlussel
The Perfect Match – Rated R: I hated this movie. It’s a fine example of why “Black movies” don’t get nominated for Oscars. Maybe the Twitter hashtag for the protests should have been #OscarsSoClassy instead of #OscarsSoWhite. This stupid, waste-of-time, lowlife movie is very ghetto, despite being dressed up as a film about rich, young Black professionals. I felt like it was almost an extended, slightly churched-up rap video. Make no mistake, most of the people in this movie may have expensive taste and the money to buy it, but their behavior and discussions are just gross. . . unless you think discussions about “squirting” are the stuff of which great movies are made in the Kardashian era. Um, TMI times a thousand. The movie is also racist. And that’s not to mention that there is some really bad casting here to go along with the awful “acting.” Terrence Jenkins a/k/a Terrence J, who is darker-skinned plays the brother of the much lighter-skinned Paula Patton (who is half White in real life). He also has a slightly pronounced Black accent, whereas she speaks English like a White chick. And, yet, we’re supposed to be convinced they are from the same set of parents. Not that I cared. This movie just isn’t that deep (not even close), so who cares? It’s garbage. You can’t expect better from a movie co-starring Jennifer Lopez’s concubine, Beau Casper Smart, and lowlife Arab Muslim illegal alien rapper French Montana a/k/a Karim Kharbouch. Jenkins plays an agent and public relations executive who represents companies, athletes, and rappers and puts together deals involving them. He and Smart (who is Hispanic and rides around work on a hoverboard) work for a sleazy White boss, “Marty” (Joe Pantoliano), who appears to be either Italian or Jewish. Regardless, the boss is the only White person in the movie, and, so, of course, is a schmuck. Aren’t all White people? The “story” (if you can call it that): Jenkins plays Charlie, a serial womanizer who doesn’t want to settle down. His best male friends, one of whom is married and the other of whom is about to be, bet Charlie that he can’t stick with just dating one woman exclusively until the upcoming wedding. He takes the bet and is soon “dating” (actually just having sex with) Eva (Cassie Ventura–previously one of the voices of Grand Theft Auto V), a woman he’s seen at work. The woman, who is incredibly sleazy and a total s**t, repeatedly asks him for booty calls, and he soon falls for her. But, then, Charlie discovers something about Eva (essentially that she’s as sleazy as he is) that causes him to start heavily drinking, making dumb moves at work, being rude to his friends, and neglecting every area of his life. I hated every single person in this horrible B-movie (with apologies to the letter “B”). And there’s nothing fun or relaxing about watching this insufferable, slow, filthy, racist bore. I literally felt brain cells die while sitting through this utter crap. Best for Gitmo torture material. Yuck. Just yuck. FOUR MARXES PLUS FOUR OBAMAS PLUS FOUR MICHELLE LAVAUGHN ROBINSON HUSSEIN OBAMA IDI AMIN DADAS PLUS TO ISIS BEHEADINGS ]]>
2016-03-11 (Review Source) National Review Staff
(”10 Things I Hate About You” is briefly mentioned in this.)

Gone with the Wind has drawn controversy over its portrayal of African Americans in the antebellum South.
2020-06-13 (Review Source)

Debbie Schlussel
Enough Said“: I had mixed feelings about this movie. On the one hand, it’s mostly light and very funny. But then it gets slightly melodramatic and sad for my taste. Also, I could have done without the main character, Eva (Julia Louis-Dreyfus), who plays a mother of a teen daughter, advising her daughter’s teen friend that she should have sex with some random guy. Um, nice parenting. I did like that the movie made fun of left-wing female poets and how intolerant and base they actually are. And I liked the movie’s slight commentary on the deviant, all-too-casual sexual behavior of teens today. Eva is a masseuse and divorced single mother. She is about to lose her teen daughter to college and her daughter’s classmate and friend is a little too close to Eva. Eva and some friends go to a party hosted by someone in the publishing industry. While there, she meets Marianne (Catherine Keener), a poet, who hires Eva to massage her. Eva also meets Albert (James Gandolfini in his last role), who asks Eva out on a date. Soon, Eva becomes good friends with Marianne, who constantly, snobbishly attacks her ex-husband. Eva also becomes romantically involved with Albert, who talks about how his ex-wife treated him terribly. Eventually, Eva puts two and two together and realizes that Marianne and Albert are divorced from each other. But Eva doesn’t want to tell either of them that she knows the other because she thinks it’s too awkward and too late. But Eva and Albert’s relationship is poisoned by Marianne’s attacks on her ex. The movie presents several ethical dilemmas, and it’s definitely entertaining. But, as I noted above, I could have done without the slight, brief, melodrama, as well as the horribly irresponsible parental “advice” from Eva to her daughter’s friend. This would have been a TWO REAGAN movie but because of that, I give it . . . ONE-AND-A-HALF REAGANS ]]>
2013-10-25 (Review Source) The Weekly Standard Staff
(”1776” is briefly mentioned in this.) 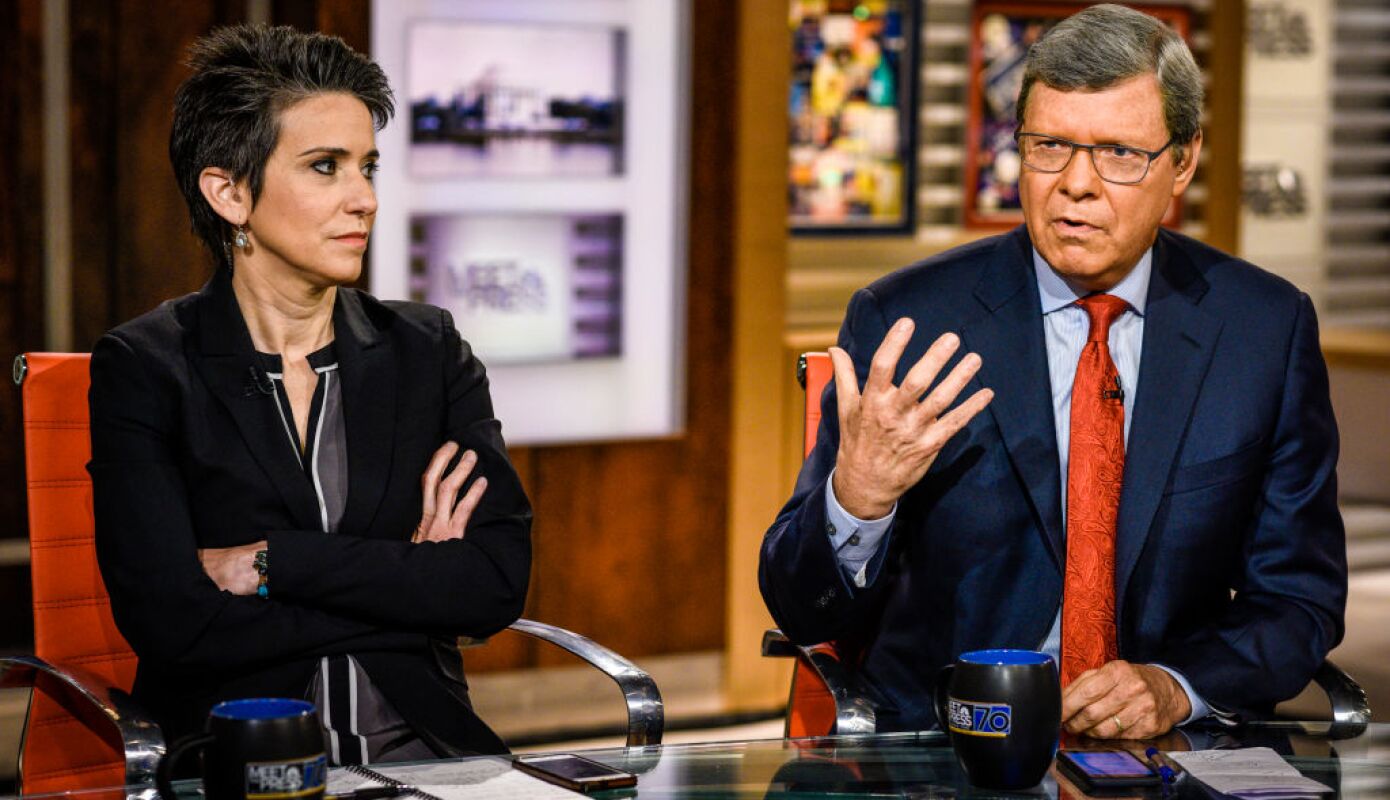 Charlie Sykes: What Should Trump Read?

In our polarized times, with even the genders divided against each other, a joint Best Picture for Little Women and 1917 is the balm our nation needs.
2020-01-23 (Review Source)

Debbie Schlussel
Byzantium“: I definitely could have done without this gory, but unentertaining vampire movie. I’ve had enough of vampires, but that wasn’t what made this movie horrible. It was that it was pointless, very bloody, and just disgusting for no reason. A mother and daughter (Gemma Arterton and Saoirse Ronan) vampire team go through modern life being chased by the male vampire club that doesn’t want to accept female vampires and wants to kill them. Ah, the fight for feminism. So, the mother and daughter are constantly on the run, while the daughter yearns to make a human connection without drinking the guy’s blood and killing him. Meanwhile, the mother works as a stripper and two-bit hooker to make money. Woven in between are scenes from hundreds of years ago, showing how they became vampires, which was also dreadful. I didn’t care about their background, and you won’t either. Also, included in this movie: a few beheadings and quite a few gory blood-puncturing-and-drinking scenes. Nope, not fun. Not interesting. Slow, boring, and a waste of time. Skip this trash. FOUR MARXES ]]>
2013-07-12 (Review Source)

Murray N. Rothbard (a.k.a. Mr. First Nighter)
(”2001: A Space Odyssey” is briefly mentioned in this.)
Star Wars, dir. by George Lucas. With Alec Guinness and Carrie Fisher.
First came the hype. That Star Wars is going to be the biggest popular film success since Jaws means very little. So every season is going to have its oversold smash hit, so what? But the difference, the new.hype, with Star Wars was its overwhelming acclaim among the critics. Usually the masses whoop it up for a Jaws while the critics go ape over Bertolucii or Fassbinder. Yet here they were in joint huzzahs, with the critic from Time flipping his wig to such an extent as to call it the best movie of the year and making Star Wars the feature of that week’s issue.
But the oddest, the most peculiar part of it was what my fellow-critics were saying: “Hurrah, a fun movie-movie”; “good escape entertainment”; “a return to good guys vs. a happy ending again”; “movie fare for the entire family”; “like Flash Gordon” etc. Here were men and women who have spent the greater, part of their lives deriding these very virtues…

Murray N. Rothbard (a.k.a. Mr. First Nighter)
(”2001: A Space Odyssey” is briefly mentioned in this.)
First came the hype. That Star Wars is going to be the biggest popular film success since Jaws means very little. So every season is going to have its oversold smash hit, so what? But the difference, the new hype, with Star Wars was its overwhelming acclaim among the critics. Usually the masses whoop it up for a Jaws while the critics go ape over Bertolucii or Fassbinder. Yet here they were in joint huzzahs, with the critic from Time flipping his wig to such an extent as to call it the best movie of the year and making Star Wars the feature of that week’s issue. But the oddest, the most peculiar part of it was what my fellow-critics were saying: “Hurrah, a fun movie-movie”; “good escape entertainment”; “a return to good guys vs. a happy ending again”; “movie fare for the entire family”; “like Flash Gordon” etc. Here were men and women who...
2018-05-18 (Review Source)

The Weekly Standard Staff
<img src="http://cdn.weeklystandard.biz/cache/w640-4861fef6dde0bde701006aa6cfee3be0.jpg"/>Ah, September. The air is turning crisp. Soon leaves will show colors; the holidays are in prospect; everyone looks better in sweaters . Yours truly loves autumn and its September-to-Christmas parade. Each year we live through two days that are not September-to-Christmas to earn the privilege of each one day that is. And in September, nobody’s NFL team has yet heard the order to abandon ship. Not even the Cleveland Browns! By Halloween, a third of the NFL’s clubs will have no hope of the post
2017-09-12 (Review Source)

Kelly Jane Torrance
(”2001: A Space Odyssey” is briefly mentioned in this.)

Stanley Kubrick never made an adaptation of a Philip K. D**k novel. If he had, it might have looked something like "Moon." Published July 10, 2009