Murray N. Rothbard (a.k.a. Mr. First Nighter)
The Old Culture returns in a warm, affectionate story about the American Girls' Professional Baseball League that was established by some baseball owners during World WarII and lasted until the early 1950s. The movie catches the spirit of the 1940s, and its feminist points are therefore never abrasive. Fortunately, the 1990s sensibility is kept out of the film. Geena Davis is excellent as the star baseball player, and director Penny Marshall forges good team performances out of all the players, including even the notorious Madonna, who is kept subdued and amiable in a minor role as "All the Way, Mae," the strumpet of the team.

Read the rest via The Irrepressible Rothbard pg. 425

Murray N. Rothbard (a.k.a. Mr. First Nighter)
A picture about fly-fishing in Montana? For an urban New York type like myself who wouldn't know a fly-fisherman from a surfer, who thinks that fish should be caught in giant nets, and who believes that once you've seen one mountain or tree, you've seen them all? And from someone who had never heard of Norman Maclean, from whose autobiographical sketch this movie was made? And yet, I found this a wonderful, enchanting movie. I was enthralled by the entire story of an early twentieth-century family in Montana, by the spare, haunting, marvelous narration culled from that book, and by the motion picture which Redford has obviously made totally in the spirit of the story; with no Hollywoodization, and no beating the audience over the head with every point. Shameless plug: If you’re interested in proof that hobos spend their money on drugs, then watch my ghetto DIY documentary on YouTube. I went undercover with hidden camera spy glasses and lived on the streets/in the shelters and proved the point … Continue reading →

The post “A Street Cat Named Bob” appeared first on . Murray N. Rothbard (a.k.a. Mr. First Nighter)
Absence of Malice. Dir. by Sydney Pollack, with Paul Newman and Sally Field.
This tough, well-crafted movie has raised a storm in liberal circles. The liberal media have come down hard on this movie, claiming that it constitutes a Reaganite smear of our free press; the shades of Spiro Agnew are conjured up to horrify the reader. In reply, the redoubtable and consistent civil libertarian Nat Hentoff has waged a campaign of vindication of Absence of Malice, pointing out the civil libertarian stance of the picture, and chiding liberals for seeming to maintain that the press is supposed to be above criticism, even if they use unethical and despotic methods.
It is easy to see why Absence of Malice is goring some left-liberal oxen. The press is shown to be dumb, callous, unethical, heedless of the lives they damage — and, in this case… 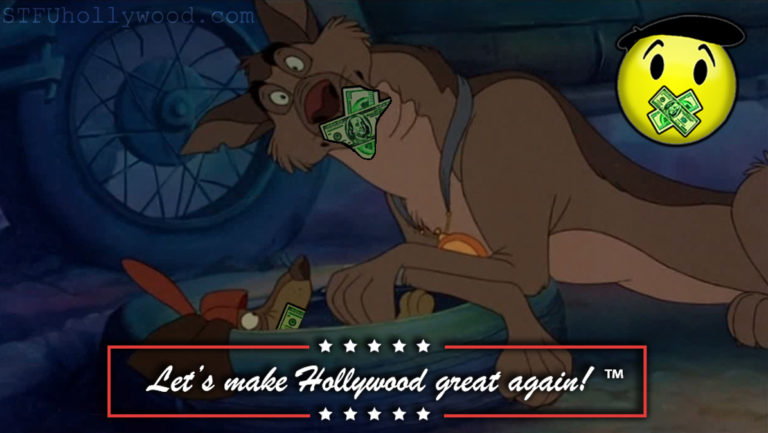 • Good nostalgia trip. • No overt agenda. • Lovable characters. • Great animation. Alright, two other fun things before we get to the dark and depressing: There were politically incorrect jokes at the expense of 1.) Asians: & 2.) … Continue reading →
2018-08-04 (Review Source)

• Good nostalgia trip. • No overt agenda. • Lovable characters. • Great animation. To start off with something lighthearted I noticed, this musical is full of spoken word songs. Not sure if it was planned or if it was … Continue reading →
2018-08-04 (Review Source)

Murray N. Rothbard (a.k.a. Mr. First Nighter)
Faithful readers of mine are in for a severe shock. As they well know, I am notoriously hostile to films that are (a) slow, (b) dark and murky (c) with long close-ups of suffering actors' faces substituting for dialogue, and (d) in a foreign language. Indeed these four elements almost always go together. Recently, I saw a movie which has all four of these elements. So much so, in fact, that an old friend of mine, who loves slow, plotless, gloomy avant-garde movies, saw the film in Paris, and said that he...