Murray N. Rothbard (a.k.a. Mr. First Nighter)
Heralded and beloved by the left as Robert Altman's "comeback" movie, this "satire" on Hollywood is both unfunny and meretricious. Supposedly a critique ofHollywood's commercialism from the standpoint of pure art, it actually panders shamelessly to the mob's love of celebrity by one of the oldest tricks in the book: quick, little cameo shots at Hollywood "in" locations, leading people in the audience to nudge their escorts and whisper: "Ooohh, isn't that ?" throughout the movie. Also, the "good guys" keep making references to pure, avant-garde films of the past, which are allegedly being betrayed in today's Hollywood. But when you get right down to it, this "betrayal" of purity comes down to happy endings, which are still stubbornly and apparently inexplicably favored by the dumb bourgeoisie.

Read the rest via The Irrepressible Rothbard pg. 424

Murray N. Rothbard (a.k.a. Mr. First Nighter)
(”The Revengers” is briefly mentioned in this.)
Red Dawn, dir. by John Milius.
It’s not only the Supreme Court that follows the election returns. Hollywood, too, does its bit, and movie theatres have been increasingly filled with right-wingy patriotism, like the rest of the media this endless summer. I went to see Red Dawn expecting a bout of anti-Soviet warmongering, bat instead was pleasantly surprised. This is hardly a great picture, and is indeed flawed. But Red Dawn is an enjoyable teen-age saga, and, apart from right-wingy pro-NATO credits at the beginning of the film, it is not so much pro-war as it is anti-State. The warfare it celebrates is not interstate strife, but guerrilla conflict that the great radical libertarian military analyst, General Charles Lee, labelled “people’s war” two centuries before Mao and Che.
The beginning of the picture is exciting, if idiotic. Cuban, Nicaraguan, Mexican and other Commie Hispanic troops, headed by Soviet advisors, parachute into and successfully conquer the entire prairie MidWest, from the Rockies to the Mississippi. In the opening sequence…

Murray N. Rothbard (a.k.a. Mr. First Nighter)
Death Wish. with Charles Bronson. dir. by Michael Winner.
Death Wish is a superb movie, the best hero-and-vengeance picture since Dirty Harry. Bronson, an architect whose young family has been destroyed by muggers, drops his namby-pamby left-liberalism, and begins, to pack a gun, defending himself brilliantly and uncompromisingly against a series of muggers who infest New York City. Yet he never kills the innocent, or commits excesses. Naturally, even though he is only defending himself against assault, the police, who have failed to go after the muggers and who acknowledge the fall in the crime rate due to Bronson’s activities, devote their resources to pursuing him instead of the criminals who terrorize New York. It is a great and heroic picture, a picture demonstrating one man’s successful fight for justice.
As might be expected, Death Wish has been subjected to hysterical attacks by…

Murray N. Rothbard (a.k.a. Mr. First Nighter)
(”The Tin Star” is briefly mentioned in this.)
Hollywood has brought us two great, romantic genres, two forms of movies where the war of good versus evil could play itself out against a background of an entire complex fictive world grounded in a present or past reality. In this world, coherent action and struggle can emerge dramatically by heroes, villains, their rank and file supporters, and by innocents caught in the crossfire. The first classic genre was, of course, the Western
...
Unfortunately, the Western movie is no more, felled perhaps by endless and unimaginative repetition, but possibly, too, by the dogged leftist insistence in the later Westerns for the Indians to be the Good Guys and the whites the Bad. Look, fellas, it doesn’t matter what the literal historical truth may or may not have been; the leftist reversal – the insistence on destroying familiar heroes – simply don’t work, it didn’t scan, and it helped destroy the Western genre. The more recent innovative Hollywood genre, ranking with the Western, is the Mafia movie: the clash of heroes and villains against a mythic but reality-grounded world, updated to twentieth-century America. Some of the great directors have
2018-05-13 (Review Source)

Murray N. Rothbard (a.k.a. Mr. First Nighter)
(”The Towering Inferno” is briefly mentioned in this.)
Jaws. dir. by Steven Spielberg, with Robert Shaw, Richard Dreyfus, and Roy Scheider.
Jaws is a good, scary movie, no doubt about that. But it is hardly the best movie of all time, or even the scariest. And so that film hardly warrants its runaway best-seller status, the long lines at movie theaters throughout the country, and its rapid climb to the biggest box-office draw of all time. It is what used to be called “good hot weather fare”, and no more than that.
In the recent disaster genre, Jaws is better than “The Towering Inferno”, and far better than the turkey “Earthquake”, and is happily free of the, phony moralism of the earlier pictures. The highly touted shark scenes are indeed terrific: (whether they overrate the shark menace or not I leave to the shark specialists.) One problem is that there are several important clinkers in the movie, including especially its idiotic ending, which violates both the letter and the spirit of the Peter Benchley novel. More important is the uniformly poor quality of the acting, a flaw which we can lay straight at the door of young Spielberg. Roy Scheider is patently miscast in the important role of the sheriff…

Murray N. Rothbard (a.k.a. Mr. First Nighter)
(”The Towering Inferno” is briefly mentioned in this.)
The Oscars. From the beginning, it was clear that the Oscar race for best picture of 1974 was between two films: “Godfather, Part II” and “Chinatown.” As pointed out in these pages, (Lib. Forum, March, 1975), “Godfather”, a marvelous film, clearly deserved the award. In contrast, the morbid, cynical “Chinatown” (neatly skewered in Libertarian Review by Barbara Branden) was the darling of the avant-garde intellectuals, serving as it did as an “anti-hero” reversal of the great detective films of the 1940’s. Part of the excitement of Oscar night is to watch the race between the top pictures build up as the minor awards are allocated. From the beginning of the night, it became clear that “Chinatown” was losing out, as it was defeated in one minor award after another. Unfortunately, this meant that the cool, subtle, and nuanced performance of the beautiful…

Murray N. Rothbard (a.k.a. Mr. First Nighter)
(”The Twelve Chairs” is briefly mentioned in this.)
High Anxiety. Dir. by Mel Brooks, with Mel Brooks and the gang. There is no such thing as a bad or a dull Mel Brooks movie. His films are either blockbusters in their consistent hilarity (The Producers, Blazing Saddles), or else merely first-rate, quieter and with a consistent charm (Twelve Chairs, Young Frankenstein). Brooks’ latest, High AnxietyVertigo, Psycho, Foreign Correspondent, etc.) Brooks plays a prominent psychiatrist (a funny situation in itself) who takes over the shady Institute for the Very, Very Nervous in California.
The usual Brooks crew is on hand, ably seconded by Cloris Leachman as the new-Nurse Fletcher, and the charming Howard Morris as Brooks’ psychiatric mentor. One of the great bits in the movie is Morris providing an instant psychoanlytic … 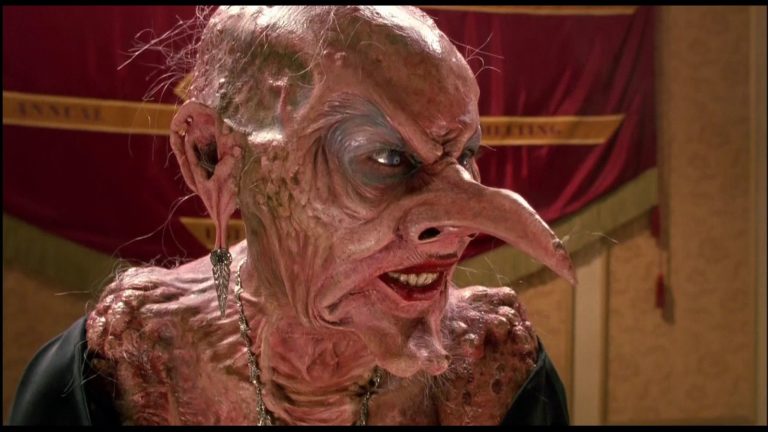 I pressed play thinking I was watching the “Hocus Pocus” film, but was surprised to find it was a different retro witch film. Never had heard of it, but it was great. One of those “practical effect” movies from the … Continue reading →
2020-07-16 (Review Source)

Murray N. Rothbard (a.k.a. Mr. First Nighter)
(”The World of Henry Orient” is briefly mentioned in this.)
Social realism, we sometimes forget, does not have to be about the poor, the underclass, or upwardly mobile immigrants. Social realism, even in New York City can be about the glamorous, wealth)!, preppie Upper East Side. In this lovely gem of a movie, this low-budget "sleeper," Whit Stillman, in his fIrst film, brings us a sweet, affectionate, autobiographical valentine aboutWASP preppie youth in NewYork. Not since George Roy Hill's wonderfully and hilarious The World ofHenry Orient (1964) has the preppie/deb life been so perceptively and admirably portrayed. Realistically but affectionately; Stillman shows us a slice of life during Christmas week, when the life of these college freshmen