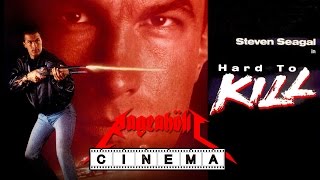 Murray N. Rothbard (a.k.a. Mr. First Nighter)
(”Harry and Tonto” is briefly mentioned in this.)
The Oscars. From the beginning, it was clear that the Oscar race for best picture of 1974 was between two films: “Godfather, Part II” and “Chinatown.” As pointed out in these pages, (Lib. Forum, March, 1975), “Godfather”, a marvelous film, clearly deserved the award. In contrast, the morbid, cynical “Chinatown” (neatly skewered in Libertarian Review by Barbara Branden) was the darling of the avant-garde intellectuals, serving as it did as an “anti-hero” reversal of the great detective films of the 1940’s. Part of the excitement of Oscar night is to watch the race between the top pictures build up as the minor awards are allocated. From the beginning of the night, it became clear that “Chinatown” was losing out, as it was defeated in one minor award after another. Unfortunately, this meant that the cool, subtle, and nuanced performance of the beautiful…

Murray N. Rothbard (a.k.a. Mr. First Nighter)
A wondrous, exuberant, very funny and heartwarming movie by the best new director in many a moon, Peter Chelsom, who also co-wrote the screenplay: A richly-textured show-business film set among Irish immigrants in England (presumably in Liverpool) and in Ireland, Hear My Song is the story, based on fact, of the return to England of the legendary Irish tenor, Josef Locke, who had had to flee the tax collectors twenty-five years before. Marvelously directed with a light and sure touch, the movie provides the best-ever portrayal of Irish rural life and hi-jinks.  ...

Just rewatched one of my favorite films. The casual immorality was something that stood out this time now that I am red-pilled. I’m no saint. Quite the opposite. But I wonder if future generations will watch films like this and … Continue reading →
2018-06-20 (Review Source)

Murray N. Rothbard (a.k.a. Mr. First Nighter)
(”History of the World: Part I” is briefly mentioned in this.)
My Favorite Year, dir. by Richard Benjamin. With Peter O’Toole and Joseph Bologna.
For half a century, the major comic talents in American culture have been Jews, mainly from New York: the Marx Brothers, the great wit and linguistic virtuoso S.J. Perelman, Milton Berle, Danny Kaye, Henny Youngman, Rodney Dangerfield. The last great generation of New York Jewish humorists were all schooled as writers of the mighty TV revue of the 1950’s: Sid Caesar’s Your Show of Shows. Their very names tell us that here is the last great comic force in our culture: Mel Brooks, Woody Allen, Carl Reiner, Neil Simon, Larry Gelbart (author of most of the MASH series on TV). For two decades we have mainly relied on these men for all that is hilariously funny on stage, film, or TV.
All these humorists emerged from the great shpritz tradition of New York Jewish humor. Young, would-be comics would hone their budding talents by standing on favorite street comers in Brooklyn or Manhattan and shpritz (go on a roll, from Yiddish for “effervesce,” as in “wine shpritzer” for soda pop). Fast, funny, articulate, improvizing on a dime…